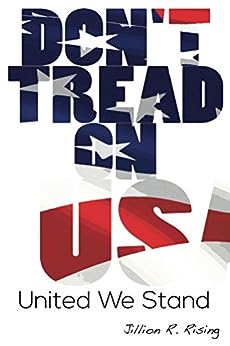 It has been stated many times that America has reached a time within its history that our freedom as a nation is at stake. Within this book is a detailed explanation of what burns within the American DNA and why author Jillion R. Rising believes after reading this book the American people will again unite as one great nation free of oppression and lead the rest of the world to an inspiring future!

Jillion has carefully dissected the Divide and Conquer tactics used by what he refers to as the Umbrella of power (Central Banking, Large Corporations, Media, Wall Street, Government and Lobbyist) and speaks specifically to the groups they divide. Within this book is a logical explanation to the Millennials, Boomers, African Americans, and Immigrants regarding our coming together as one people and controlling the fate of America’s future.

This is not a book of conspiracy, or an Anti-Government / Wall Street rant. It is written explaining the importance to the American people that united as one people controlling the limit of the Umbrella of Power that together we can remain the free spirit and free nation inherited from our ancestors.

What you will find is a detailed breakdown regarding the danger to the American people by being divided along with continued expansion of Government and debt as a nation. The book explains that if the majority of the taxes paid to our Government are not paid by us the people and that monopolies of large corporation continue to buy out the private sector businesses of America, we the people will have essentially lost the strength of our ability to control our own destiny.

This Author has carefully presented information for you to research. It is not a book of facts or a statement of his vision of America’s political future. He asks that you read what he sees as a logical explanation of what is taking place in America, with the hope you will feel that our nation can only be strong if it is controlled by the voices of the people and not by an Elitist group slowly removing the free spirited DNA of the American people!
Got A Question